Satan Left The Wife And Friends 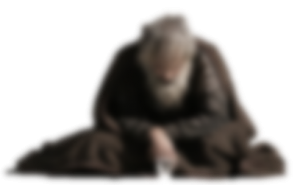 Adversity can bring out the best, and unfortunately, sometimes the worst in people. When times get tough, then it truly becomes evident who is on your side and who is not. Consider the case of the prodigal son, who found himself destitute after famine struck the far country where he had gone. We read the sad and lonely words, “…and no one gave him anything” (Luke 15:16). He found himself alone. Any friends he had made in this foreign land left when the money ran out. He was left to face his troubles on his own.

We find the man Job in a similar predicament. In the course of one day, Job lost all his oxen and donkeys, his sheep, his cattle, his servants, and his sons and daughters. Not many days later, Job was stricken with boils from head to toe. We see the bleak picture of Job in the following words:

…he took for himself a potsherd with which to scrap himself while he sat in the midst of the ashes. (Job 2:8)

Once a man of great success and wealth; a man who loved and cared for his family—now a sullen spirit sitting in a heap of ashes. No possessions, no family, nothing. The prodigal son had caused his own turmoil, but we find Job to be a man plagued by Satan. To the devil, Job was nothing more than a pawn on the chess board of his game against God and His people. In his attempt to sway Job’s faith, Satan isolated Job, taking from him all that he had. All, that is, except for his wife and friends. Satan left them.

Does Job fear God for nothing? Have You not made a hedge around him, around his household, and around all that he has on every side? You have blessed the work of his hands, and his possessions have increased in the land. But now, stretch out Your hand and touch all that he has, and he will surely curse You to Your face! (Job 1:9-11)

God had confidence in Job’s faith. And so He set all Job had into Satan’s power, to do with as he willed. Away with the flocks and herds. Destroy the servants and the children, but he left the wife and friends, for they would be useful tools in the devil’s hands.

Upon seeing the humbled state of her husband, Job’s wife provided no comfort, but rather declared, “Do you still hold fast to your integrity? Curse God and die!” (Job 2:10) She was hurting too. Each loss he experienced was her loss as well. However, her faith was not of the same pedigree as Job’s. She had given up. It seems his stoic reaction to these hardships provoked her. When many would begin to blame God, Job “…fell to the ground and worshiped…” (Job 1:20-21). Rather than comfort Job and seek his comfort, she was angry that he held on to the only solid thing he had in this life – his faith.

Hearing of their friend’s adversity, Eliphas, Bildad and Zophar arranged to spend some time with Job. Seeing their debased friend, they joined him in silent mourning. However, at the end of seven days, Eliphaz spoke up and accused Job. Bildad told Job that his sons must have sinned against God, and thus were destroyed for it. Zophar accused Job off being a man full of empty talk and mocking words.

In response to their baseless accusations, Job spoke:

Miserable comforters are you all! Shall words of wind have an end? Or what provokes you that you answer? I also could speak as you do, if your soul were in my soul’s place. I could heap up words against you, and shake my head at you; but I would strengthen you with my mouth, and the comfort of my lips would relieve your grief. (Job 16:2-5)

In response to Job’s plea for comfort and consolation, he continued to receive accusation and condemnation by his “friends.”

Certainly, upon reading the book of Job, it is evident that Job needed correction. As good as Job was, as much wisdom as he had, as great as his service to God was, he had (or developed) a self-righteous attitude. The affliction he endured, the stiff reproof of his friends, but especially the commanding voice of the Lord brought about the penitent spirit we find at the close of the book. However, that does not excuse his wife and friends.

Satan left the wife and friends, for he knew they could be useful in toppling  Job’s faith. In times of trouble, those who are closest to us are expected to be a source of comfort and strength. Their job is to encourage and uplift, not to tear down and destroy. Job’s wife failed in her duty to her husband. Job’s friends didn’t prove to be friendly at all to their downcast peer. Of them, it could fitly be said, “With friends like that, who needs enemies.”

Spouses and friends, don’t be Satan’s tool! For sure, if there is need for rebuking—rebuke; but do so in a spirit of love. When hard times come, be to your loved ones a source of strength.. Be that which will relieve the pains this life brings, not compound them. Build up those who have been cast down; don’t bury them in even greater sorrow. Foil the wiles of the devil.. Don’t let him rejoice that he left the wife and friends!