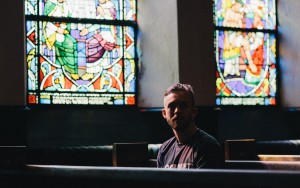 If you haven’t read last week’s article, please do so. If you have read it, perhaps you noticed that there were no Bible references in it. None! It wasn’t by design, it just happened that the article developed into a pair of lists – bad things that result from failing to assemble and good things that result from being at the assembly. This week, we want to look at what the Bible says about our assembling together.

Principles From The Psalmist
Psalm 122 begins:

David was glad when he heard such an invitation. He desired to be with God’s people and to worship the Lord. What is our response to such an invitation? Do we want to be with fellow Christians, so we can worship God and encourage one another, or would we rather be somewhere else doing something else?

In another Psalm, we read:

Make a joyful shout to the LORD … come before His presence with singing… Enter into His gates with thanksgiving, and into His courts with praise. (Psalm 100:1, 2, 4)

Do we come together every opportunity available to praise God? How often do we enter His presence (publicly) to give thanks to the Lord? As we look through the writings of David, it is evident that he desired to worship God publicly at every opportunity available. This is part of what made him a man after God’s own heart (Acts 13:22). Does our focus on public worship make us men and women after God’s heart? And if not, then who’s heart are we following after?

Attendance From The New Testament
Before we look at what the New Testament says about attendance, let’s acknowledge what it does not say. There is no “thou shall attend every assembly or else” verse. The way some speak about attendance, you’d think there was such a verse. There isn’t. Don’t misunderstand. I am not suggesting that Christians don’t need to assemble – if that were the case, it would be pointless to write an article on the topic. However, in our zeal, we need to be careful not to go beyond or fall short of God’s word. We need to teach what the Bible says about attendance, not what we wish it said.

So, what can be learned about attendance from the New Testament? Notice a few things:

Friend, you need to be at the assembly to grow; others need you there to be encouraged, and God wants you there.

This entry was posted in Church, Commitment, Worship and tagged attendance. Bookmark the permalink.