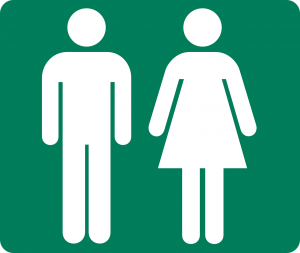 There’s been a lot of discussion about gender identity in recent years, but it is certainly not a new topic. Not long ago, it was commonly referred to as gender identity disorder or gender dysphoria, which are psychiatric terms, indicating the confusion of one’s gender as mental illness. Society is quickly turning from this, as evidenced by m-w.com’s definition of gender identity as

“…a person’s internal sense of being male, female, some combination of male and female, or neither male nor female.”1

Pseudo-scientist Bill Nye has recently said, “What makes someone male or female isn’t so clear-cut … a person’s gender identity may change over their lifetime. …the science says we’re all on a spectrum.”2  Nye appeals to feelings; but feelings are not science. Feeling masculine doesn’t make one a man, nor does feeling feminine make one a woman.

If a 35 year old white man feels that he is a 7 year old Chinese girl, is he? Should we not acknowledge that feelings do not determine truth? If I insist that 4+4 is 27, does that make it so? The same teachers in our public schools who are telling boys they could be girls and vice versa will give a student a big ugly X on the math test if the same students feel that 4+4 is 27. Why is that? Who decides which falsehoods are “true” and which falsehoods are to be rejected? Sadly, it appears we are living in what some are calling a “post-truth era.” Our young people are being told their feelings are more important than facts.

Nye said “…the science says we’re on a spectrum.” Let’s consider the science for just a moment. Gender is determined by the sperm cell that fertilizes an egg. If the sex chromosome it supplies is an X, the result is female; if it is Y, the result is male. That is the science about gender. It is not a matter of feelings; it is a matter of DNA.

Arnold Schwarzenegger acted in the 1990 blockbuster, “Kindergarten Cop.” He was an undercover officer, posing as a kindergarten teacher. At one point in the show, a little boy stands up in class and makes a memorable statement: “Boys have a penis, girls have a vagina.” Some  may be uncomfortable reading those words. I make no apology. We need to call a spade a spade. The anatomy of a man is different from the anatomy of a woman. 27 years ago, this distinction in anatomy meant something. It still does. Truth does not change.

Of course truth is grounded in our Creator. Whether it be biological truth or spiritual truth—God is the source. Notice what Moses wrote:

…God created man in His own image; in the image of God He created him; male and female He created them. (Genesis 1:27)

…but from the beginning of creation, God made them male and female. (Mark 10:6)

Of those who entered the ark, Moses wrote:

…those that entered, male and female of all flesh, went in as God had commanded… (Genesis 7:16)

It’s a good thing Noah knew what male & female meant. If the post-truth folks of today were there, some species, perhaps even humanity, may have come to an end!

This entry was posted in Creation, False Doctrines, Truth. Bookmark the permalink.