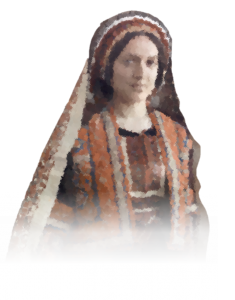 The words in our title today were spoken by Jephthah, a judge in Israel. This man made a foolish vow to the LORD, stating,

If You will indeed deliver the people of Ammon into my hands, then it will be that whatever comes out of the doors of my house to meet me, when I return in peace from the people of Ammon, shall surely be the LORD’s; and I will offer it up as a burnt offering. (Judges 11:30-31)

One has to wonder what he expected when he returned from the battle. Would one of his best lambs come bounding toward him? Did he hope for a kid of the goats to run out to meet him? His was a foolish vow which would result in sorrow rather than joy upon his return.

Before we consider the fulfillment of his vow, it seems appropriate to discuss why the vow was not only foolish, but selfish. In fact, had Jephthah trusted in the goodness of God, he would have found the vow unnecessary.

Jephthah is described as “a mighty man of valor” but the “son of a harlot” (Judges 11:1). His brothers, the sons of Gilead, drove him out from the family, for they would not have the son of a harlot share their inheritance with them (Judges 11:2).

Cast away by his family, Jephthah joined himself to a band of worthless men and became a raider with them (Judges 11:3). It is unfortunate that his new family were criminals and encouraged him in the same. How long Jephthah was pillaging from the land of Tob, we do not know.

After Ammon began to make war with Israel, the men of Gilead petitioned Jephthah to return from Tob. They wanted him to lead them in battle against the people of Ammon. If successful, he would be given authority over them (Judges 11:8-10).

He was given command over them (Judges 11:11), and contacted the king of Ammon to determine why he had attacked Israel. It was a dispute over land; land that the LORD had given to Israel several generations before. Jephthah encouraged the king of Ammon to be satisfied with the land he had. He provided a history lesson, demonstrating that for over 300 years, the kings of Ammon had made no effort to take the land in question. Why should he do so now? However, the king of Ammon did not listen to Jephthah.

The writer tells us,

Then the Spirit of the LORD came upon Jephthah… (Judges 11:29)

We are not told how the Spirit coming upon him was manifest, but surely he knew it. Thus, it is perplexing that the very next thing recorded of Jephthah is a vow which would alter the course of his family forever. Quite simply, if the Lord was with him, there was no need for the vow. God would provide the victory as He had for so many of His people before. On the other hand, if the Lord was not with him, he’d not find success by trying to swing a deal with God. Either way, the vow was unnecessary, foolish, and would bring him sorrow.

He was acquainted with the history of the people of God, as evidenced by his message to the king of Ammon. He’d know about the victories of Moses, Joshua, Othniel, Deborah, Gideon and the other leaders in Israel. His faithfulness, not his vow would gain victory.

Well, did Jephthah kill his daughter as a sacrifice to God? I will be as plain as I can be – NO! It amazes me how many people will read this historical record and conclude that he must have bound his daughter, laid her on an altar, and set her on fire. It shocks me even more that folks can believe that God would endorse or receive such a sacrifice.

There shall not be found among you anyone who makes his son or his daughter pass through the fire… (Deuteronomy 18:10)

Was it wrong to sacrifice your children to Molech (Leviticus 18:21), but okay to give them as a burnt offering to the Lord?

Later in Israel’s history, the kings of Israel, and even some in Judah would make their children pass through the fire (2 Kings 16:3, 17:17; etc). Every time such an act is found among God’s people in the Scriptures, it is identified as an abomination. There is no mention in Judges 11 of Jephthah committing an abomination.

Some may, through some twisted leap of logic, look at Genesis 22, and conclude that Jephthah certainly may have given his daughter as a burnt offering to the Lord, since that is what God expected Abraham to do with Isaac, his only son. Friend, do you really think that God wanted to smell the burnt flesh of Isaac on an altar? It was not Isaac that the Lord wanted, but Abraham. Genesis 22 was a test of Abraham’s faith. As you may recall, Isaac returned with his father from the mount; God providing a ram caught in the thickets for a burnt offering. Do you think no alternative was available to Jephthah but to offer his only daughter as a burnt offering to God?

What if a sickly kid of the goats was the first to come out? Should he give it as a burnt offering? No, for Deuteronomy 15:21-22 says nothing with a defect could be offered. The same is true if it was a beast which had borne a burden, or an unclean animal. Jephthah’s vow did not bind him to offer as a sacrifice that which was not lawful to offer. Was it lawful for him to give his daughter as a burnt offering to God? I maintain that the answer to this is a definite NO.

I understand that he said that he couldn’t go back on his word (Judges 11:35), and that she agreed with him (Judges 11:36). Friend, this does not necessitate that he offered her on an altar. It means that he gave her to the LORD; not as a burnt offering, but as a dedicated person (Leviticus 27:2-8). It may be that he couldn’t redeem her due to his vow, but rather devoted her to serve at the tabernacle as was the case with Samuel (1 Samuel 1:11, 22-28; 2:11). She didn’t depart for 2 months to bewail her impending death – it was her virginity. It was not a custom in Israel for the daughters to go 4 days each year to lament the death of Jephthah’s daughter; it was her virginity. She would not marry, but would serve God till her death at the tabernacle.